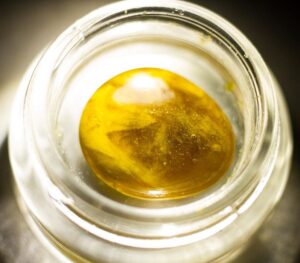 From cannabis oil cartridges (vape pens) to medicated muscle creams, you can find cannabis concentrates in hundreds of products. Concentrates are products made from the cannabis plant that have been processed to keep only the most desirable plant compounds (primarily the cannabinoids and terpenes), while removing excess plant material and other impurities. Ounce for ounce, marijuana concentrates have a greater proportion of cannabinoids and terpenes when compared to natural cannabis flowers.

COLOR
Good waxes can vary in coloration. A wax that is a dark brown might be fine if it is a BHO extract, but it’s a bad sign if it was made using CO2. A green hue means that it contains chlorophyll, i.e., plant matter, either because the starting material was low-grade or the refinement process was poor quality – it signals a lack of purity and will create a poor taste. This is a color we never want to see!

TEXTURE
Concentrates have all kinds of names – crumble, honeycomb, budder and wax, among many others. With the exception of shatter, the distinctions usually come down to a matter of preference rather than quality, but an exemplar shatter should be purified of any the fats or lipids that give other extracts their waxy texture. Such a shatter will vaporize efficiently and will snap apart rather than pull apart like taffy.

CLARITY
With most forms of extract clarity is not an issue; but with shatter, since cloudiness is caused by small pockets of unwanted lipids, an exemplar shatter will be perfectly clear. This ability to see every imperfection makes shatter among the most difficult to produce and the most highly prized among consumers.